Housing starts are a non starter 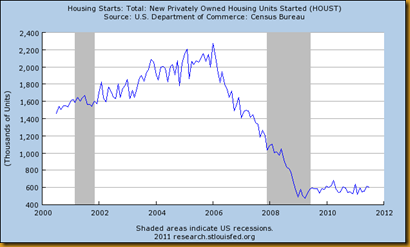 The foreclosed homes in the US have dented the housing market big time. With a lackluster economy that refuses to generate jobs for the millions who are now unemployed, the morale of the American consumer is low, thus keeping the housing markets down.

There were some celebrations by speculators since the starts were down by only 1.5% over the last month.  Thus a less than expected decline in housing starts prove to be a good news!

The reality remains as unemployment rate remains consistently high over the years, the housing market continues to perform significantly lower than its historical highs.

“A bloated inventory of unsold homes and a weak economy are weighing down on the housing market, whose collapse was the main catalyst of the 2007-2009 recession. A large foreclosure pipeline also is not helping, leaving builders with little incentive to break ground on new projects.” 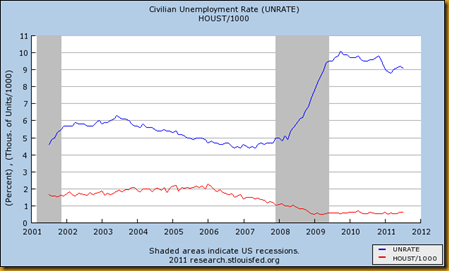 Posted by Murtaza Haider at 6:19 PM