Forecaster of the year loses his job 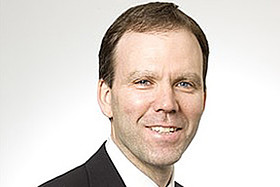 Jim O’Sullivan is ranked the top forecaster of the year. He is credited with outperforming the consensus forecasts of other leading economists. However, the economic downturn sank his employer and Jim lost his job like the rest of the employees of MF Global Inc.

“When forecasting the data, in the end we are just trying to be the least inaccurate among our peers,” O’Sullivan said. No one can get them all, he admits. But he still tries to beat the consensus on every number he forecasts. “It is do-able if you do the homework, if you combine econometrics with judgment borne of experience.”

Forecasters of the year

Posted by Murtaza Haider at 8:20 AM

Email ThisBlogThis!Share to TwitterShare to FacebookShare to Pinterest
Labels: econometrics