Dell and its supply chain

Image by Getty Images via @daylife

When I started researching the supply chains, every textbook had at least one case study on Dell computers and another on Toyota. The praise for Dell never ceased; how it had eliminated the inventory and the entire assembly was now just-in-time.

At the time those books were written Dell was the biggest computer maker.  Since then the global landscape of the technology companies have changed. Dell is no longer at the top of the computer assembler totem pole. Other interesting developments of the recent past  include Apple overtaking Microsoft in market cap and Google trading over $500.

Can you imagine what the next editions of books on supply Chain would contain: the praise for smart mergers and how HP and Compaq made their marriage work by streamlining their supply chains … 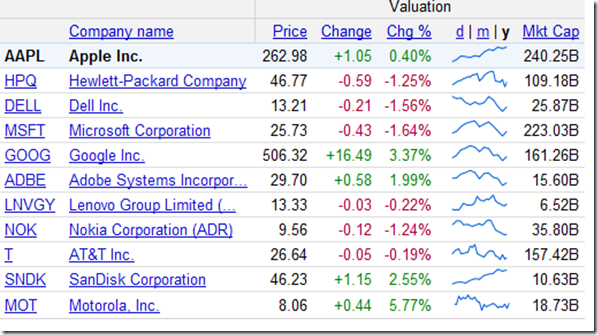 A 5-year to date comparison between HPQ and Dell suggests that while HPQ stock would have climbed 89%, Dell would have put you in red at –67.35%. Of course, sticking out with Apple would have returned a 500%-plus gain in stock value.