While India’s current economic boom has been tied to the liberalisation of its economy in the early 1990s, the historic figures suggest that at least for South Asia, India’s economy always represented roughly 80% of the region’s output (see graph below). 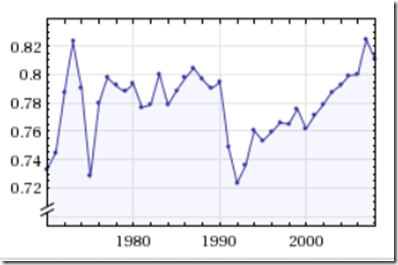 The sudden drop in India’s economic productivity in the early 1990’s perhaps lead to the realization amongst Indian planners that the status quo of a protectionist/isolated economy may lead to further decline in productivity.  Hence the economic deregulation of the 1990s that resulted in rapid growth of the Indian economy. However, the growth in the past 20-odd year has only restored the long-term share of India’s economy in South Asia.

What happens in the next decade is more important and relevant. Can India maintain the growth in its share of the regional output, or other smaller economies will grow faster than Indian economy? 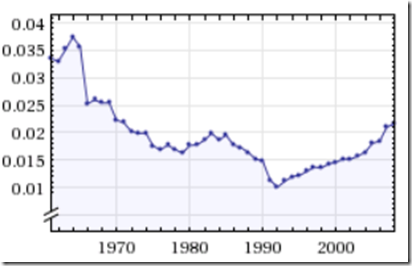