Why households in poor countries have more children? Is it because of religious reasons, i.e., no contraceptives allowed. Or is it because of disease, i.e., high infant  mortality rates due to disease result in parents having a large number of children because the parents are not certain how many children, if at all, will survive.

Each bubble in the animation represents a country. 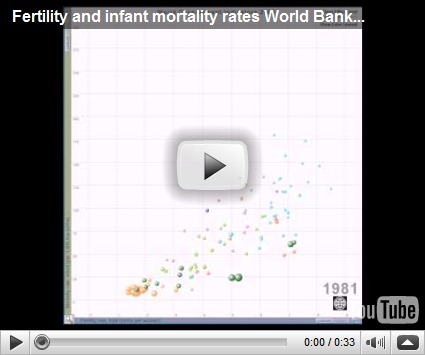