300,000 sold on the very first day. Millions most likely be sold in the next weeks. Apple’s iPad, touted as the ultimate device for digital media consumption, has been a rave in North America. However, the global response shows that the iPad has generated more craze in the Asia Pacific (Singapore, Hong Kong, Taiwan, South Korea, Philippines, and Australia) than in Europe or North America.

A review of the Google-based searches reveal that Singapore and Hong Kong led the world in web-based hype for the iPad followed by the United States.  The map below shows the geography of interest generated by iPAD in the past three months. 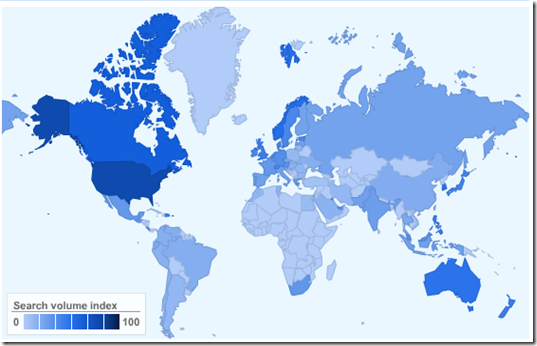 The ultimate high for iPAD was observed on January 28, 2010, on the internet when the product was formally revealed by Steve Jobs. Since its release this week, the web-based interest in the product has started to climb again.

Outside of the United States where iPad is available for sale, Toronto in Canada has generated the most interest about iPAD in the past three months ending April 05, 2010. 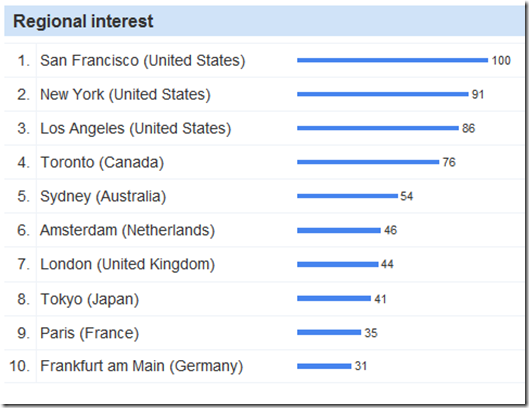 Posted by Murtaza Haider at 3:03 PM