iPad, uPad, we all pad

Is the iPad craze subsiding? A few days after its release one could see that the Internet hype around the product is now settling. The graph below shows a decline in the number of Internet searches conducted on Google for shopping interests.

The regional interest is the highest in the United States followed by Japan, Netherlands, Germany, and Canada. China ranked 9th in the web-interest in the product. Even though Canada’s population is much smaller than that of UK or France, Canadians are more intrigued by iPad even though it is not yet available for sale in Canada. 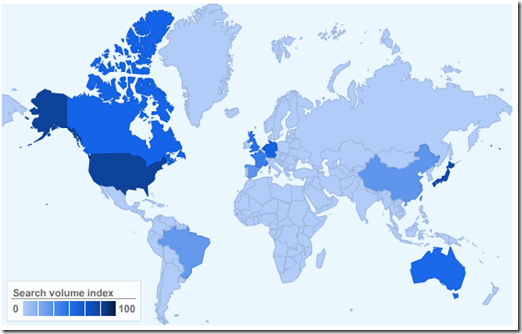 Posted by Murtaza Haider at 5:09 PM