The car wars on the Internet

Consumers often research products on the Internet before they make a purchase. This is more common with big-ticket items, such as cars. A review of the searches conducted using the Google search engine reveals some interesting results.

Honda depicts a cyclical trend where the search for the brand peaks during April and May and declines afterwards. Toyota’s net popularity puts it on the third spot. However, of the five brands reviewed, Toyota's popularity remains constant over time.

But are these trends global? Let us compare four markets: the US, Japan, China, and and Germany. The US, presented below, depicts a similar trend as the one seen globally. A key difference is the systematic increase in interest in Ford, Toyota, and Honda from September 2008 to August 2009 when the cash for clunkers program was terminated. Again, ford, Honda, and Toyota saw a bigger increase in the interest in months lading to September 2009 than GM and Chrysler.

Interestingly, the demand for GM was confined only to the Detroit region (see the map below). Whereas the interest in other brands for more uniformly spread over the US. 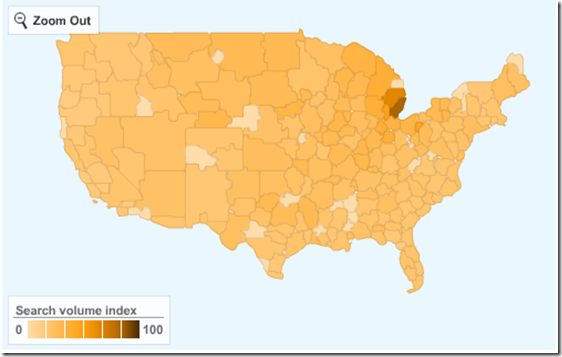 At the same time the demand for Japanese brands, Toyota and Honda was more pronounced in high density urban centres. The following map presents a spatial distribution of the interest in Honda as captured by Google. I can also see a positive correlation between interest in Japanese vehicles and the democratic leaning of the electorate in the 2008 presidential elections. 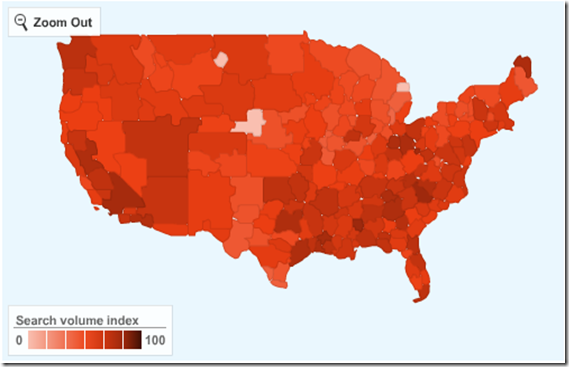 China on the other hand has been a GM market, even though the trend for GM is showing a decline in the interest in the brand since October 2004. Chrysler is at the bottom of the interest pyramid. Toyota, Honda, and Ford in a tight race in the Chinese market where the consumer interest does not differentiate the three brands.

The German auto interest landscape is completely different. BMW tops the chart in Germany followed by Mercedes.  Ford appears to be a close third. Honda and Toyota are at the bottom where Honda is mostly in the lead.

The spatial landscape in Germany is of great interest. The popularity of each brand is influenced by the headquarters of the brand. BMW is based in Munich. The internet-based searches from Germany are the highest in Munich for BMW. 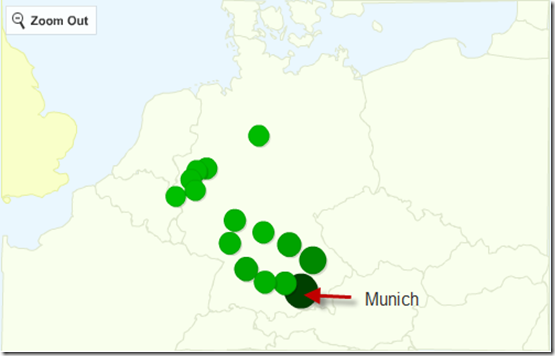 Similarly,  has its headquarters in Stuttgart. No wonder that the highest searches for Mercedes in Germany are recorded in Stuttgart. 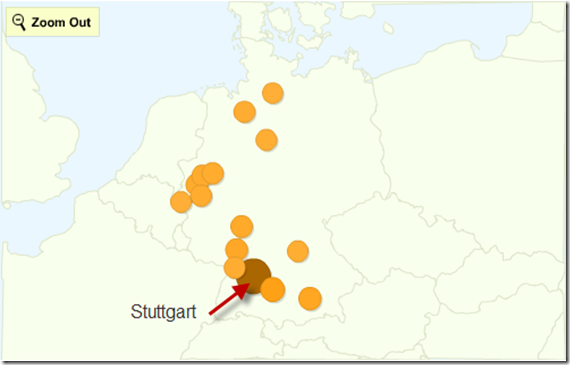 Toyota and Honda enjoy popularity in Frankfurt and Ford is most popular in Cologne. 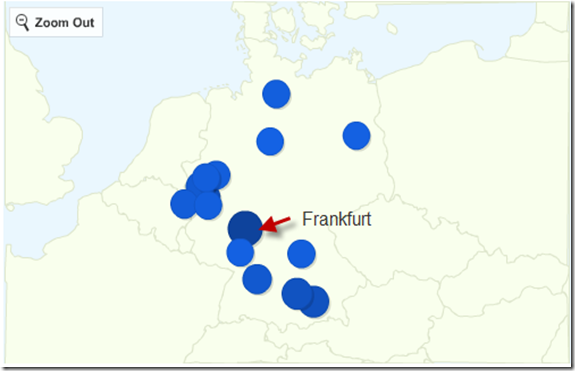 Posted by Murtaza Haider at 1:12 AM