Where do Canadians get their news on the internet? 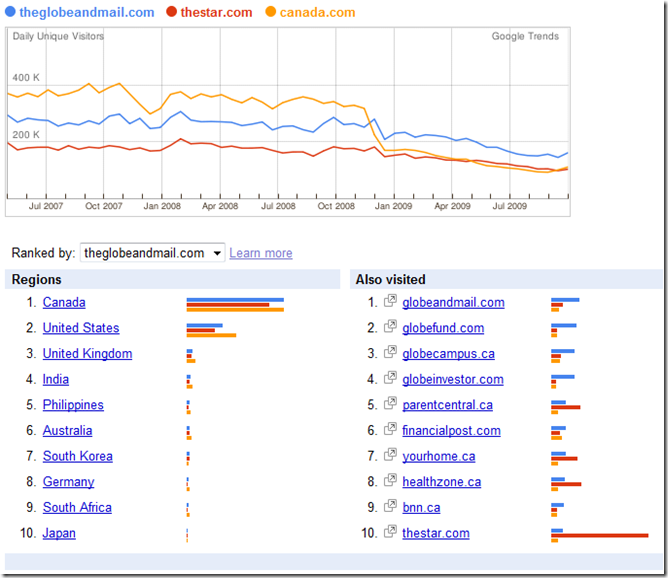 The the pendulum for Internet based news however has swung to the web sites operated by the two leading TV news channels in Canada.  CBC.ca boasts the highest traffic at less than 300,000 visits per day followed by CTV.ca. 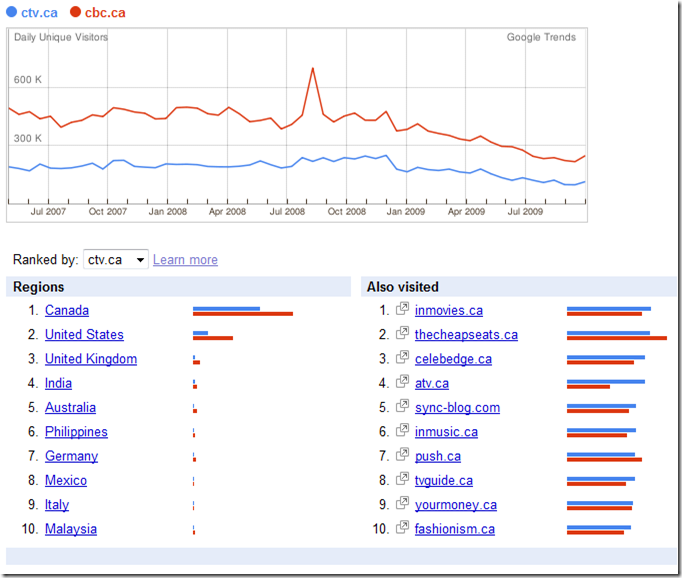