Statistics Canada is reporting that retail sales have rebounded in August 2009 where the cash registers recorded $34.5 billion in sales (see graph below). 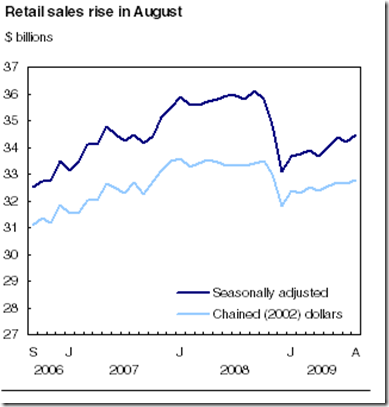 The precipitous decline in retail sales in late 2008 have largely followed with an upward trend since the beginning of 2009. The rebound in August in August was largely driven by the transport sector where the sale of cars was up by 2.4% and the sale of gasoline was up by 3.9%.

The retail sales have also jumped higher in the United States in September 2009. While the large retailers such as Macys have experienced a less than expected decline in sales, many others (e.g., Kohl’s) have seen shoppers returning in droves to stores. See the following clip from NBR: 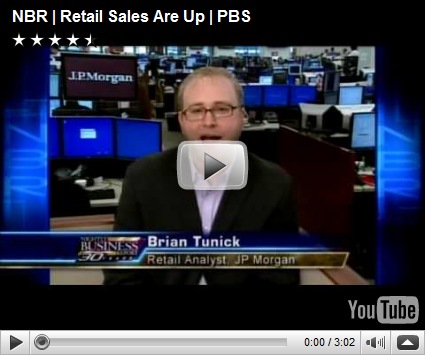