From Coats to Sheikh 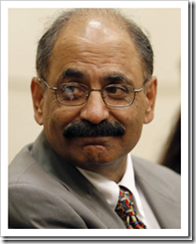 Last week Dr. Munir Sheikh resigned as Statistics Canada’s chief statistician to register his protest at the government’s attempt to misrepresent the agency about its views on converting the mandatory census into a voluntary one.

Dr. Sheikh told the parliamentary industry committee that  the “fact that in the media and in the public that there was this perception that Statistics Canada was supporting a decision that no statistician would, it really casts doubt on the integrity of that agency, and I as head of that agency cannot survive in that job."

It is only appropriate to remember Robert H. Coats who was the first chief statistician of Canada who laid the foundation of Statistics Canada after being appointed as the Controller of Census in 1915. 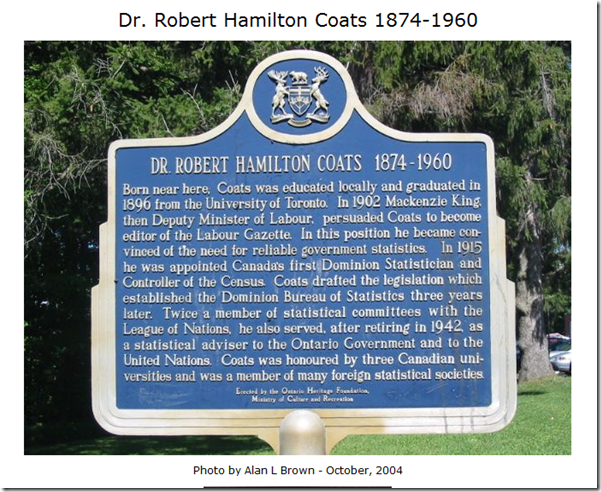 He was born in Clinton, Huron County, 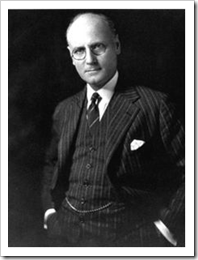 Ontario in 1874, the son of Charles Coats, who came to Canada from Scotland. In 1896, Coats received a B.A. from the University College in Toronto. He worked as a journalist for the Toronto World and then the Toronto Globe until 1902 when, at the request of Prime Minister Mackenzie King, he became editor of the Labour Gazette; King himself had been the first editor of this publication which included statistical information related to labour. Coats was named Chief Statistician for the Department of Labour in 1905. In 1915, he was appointed Dominion Statistician and Controller of the Census. Coats helped establish the Dominion Bureau of Statistics, now Statistics Canada.

He also served on statistical committees with the League of Nations. After he retired in 1942, Coats served as statistical advisor to the government of Ontario and the United Nations. He served four years as visiting professor of statistics in the Department of Political Economy at the University of Toronto.

Coats, one of the first residents of Rockliffe Park, died in Ottawa at the age of 85. He had been married twice, first to Marie Hollbeister, and then, after his first wife's death, to Maida Skelly.

The R.H. Coats Building in Ottawa was named after him.