Is R not at the cutting edge of Econometrics? 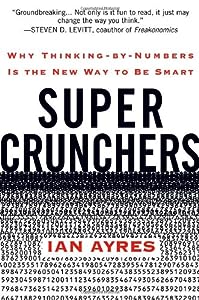 I landed on Freakonomics blog on an entry by Ian Ayres, the author of the book Super Crunchers. He wrote:

And R is probably not kept up to speed on the cutting-edge empirical methods as quickly as the traditional packages.

This is certainly not true and in fact the commercial packages often take years to implement the recent developments in econometrics. Consider that SPSS still does not offer routines to run Discrete Choice Models even when Prof. Daniel McFadden received a Nobel in Economics for his work in discrete choice (conditional logit) models.

I also recall paying annual license fees for S-Plus in between 2000 and 2004 and hardly received any update for my renewed annual licenses.

R perhaps is the most up-to-date statistical package since most new algorithms are being coded in R. Why? Because those who code new algorithms would like to have their algorithms receive the widest circulation. R makes it possible because it is freely available and anyone can run the new algorithm without spending a dime on license fees.

Also, SPSS sent me an invoice of $7,600 upgrade my license. R was free and much more powerful. Guess what platform did I choose!