The front page lead story in the Globe and Mail on July 29 highlights one of the biggest challenges faced by the human beings today, i.e., global warming. The Globe offers graphic evidence as time series charts, which depict rising temperatures on the planet over the past 100-plus years.

While the Globe should be commended for presenting graphic facts to educate its readers rather than publishing photographs of drowning polar bears, one must still point out the basic lacunae in the graphs. They are missing legends and labels for abscissa and ordinate, which diminishes their ability to inform the reader.

Since the ordinate labels are missing, one may erroneously assume that the graphs laid out in the same column, (e.g., sea level, ocean, sea-air and land-air temperatures)  experienced a proportionate change over time, which may not be true.

A graph can be worth a thousand words, provided one follows the ‘grammar of graphics’, which is perhaps as difficult to follow as the struggle with split infinitives and dangling modifiers. 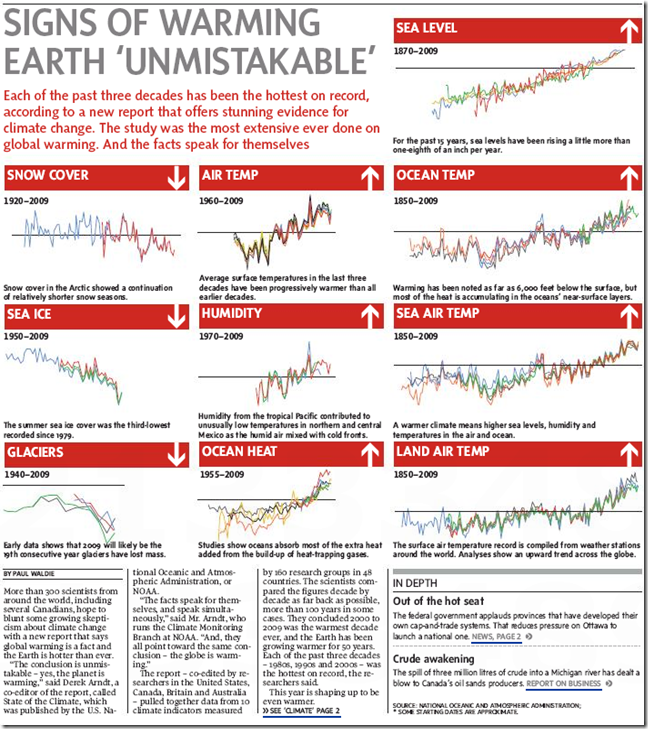 A look at the original publication by the National Oceanic and Atmospheric Administration reveals that the different coloured lines represent monitoring by different agencies or authors.  The other important fact to know is that most graphs represent the anomalous deviation from some expected value and hence the horizontal black line in the above graph represents the absolute zero deviation. However, this is not true for all graphs and hence the axis labels become even more important.

The correctly illustrated graphs are available at:

An example of the correct graph is reproduced below, which shows that land surface temperatures increased sharply as of late seventies, which could not be deciphered from the graph published by the Globe. 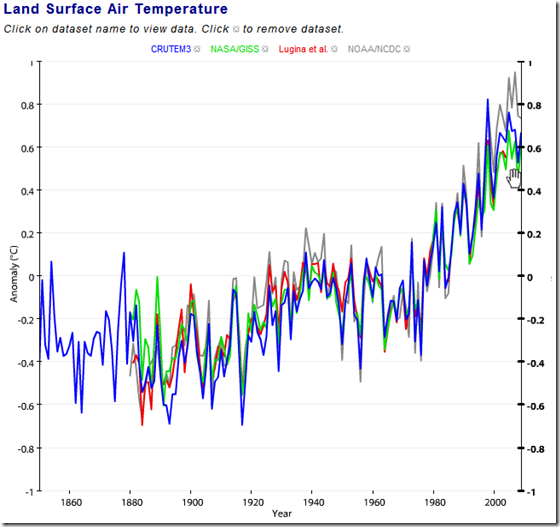