A sneak peak at the new census questionnaire

While the controversy over the 2011 census in Canada continues, Statistics Canada, the agency responsible for holding Census in Canada, has released the draft questionnaire for review.

There are a few changes in the questionnaire that may make transport planners happy.

Here is a brief list of the changes that I could spot: 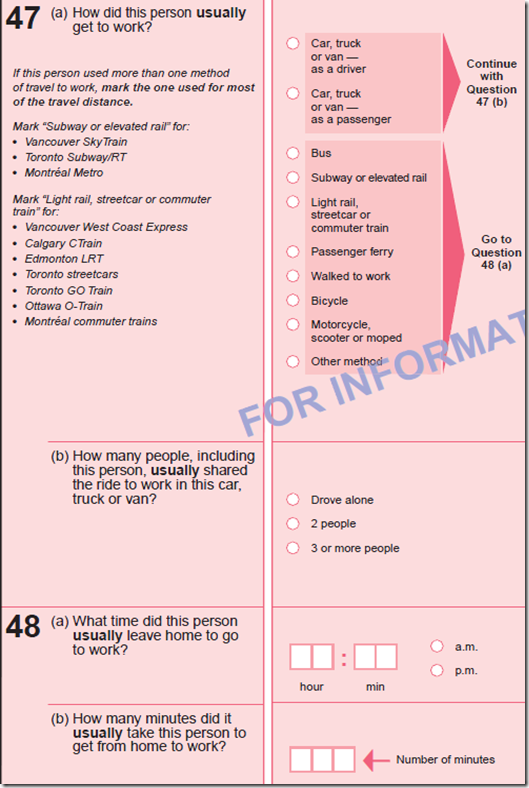 Lastly, I think it is not too early to start thinking about putting up a legal challenge to the government’s decision to make the survey voluntary. It is indeed  not going to be easy because the courts would not like to interfere/override the authority of the minister (executive) as enshrined in the constitution. However, there are ways to make this happen and universities with faculties of law and businesses with legal departments may want to start looking for those whose welfare will be adversely impacted by this decision and help such aggrieved parties litigate.

Posted by Murtaza Haider at 1:42 AM