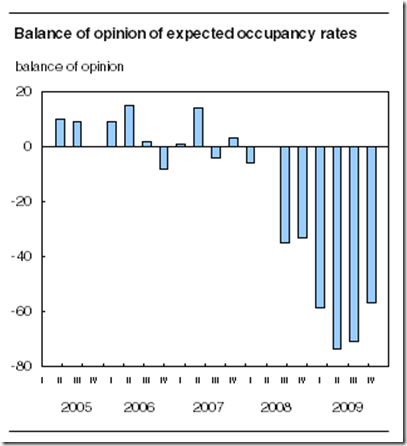 On a positive note, the pessimism observed in the current quarter is lower than the one observed in the past two quarters.  The hotel owners believe that vacancy rates will remain high and the room rents would remain low in the near future.