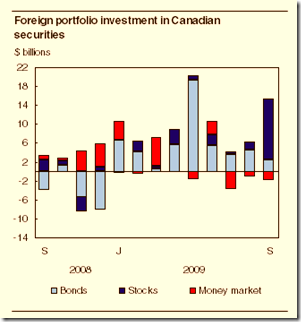 Foreigners invested $14 billion in Canadian equities in September 2009. On the other hand, Canadians shrank their international portfolios by $5 billion.  A detailed breakdown is available from Statistics Canada.

Posted by Murtaza Haider at 3:33 PM