Trading merchandise and cars in Canada 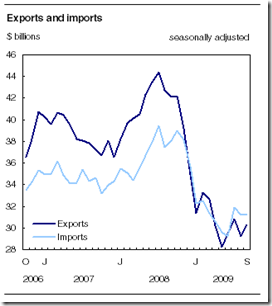 Canadian merchandise exports have risen by 3.5% in September 2009, according to Statistics Canada. Total exports valued at $30.3 billion and imports at $31.2 billion in September 09. Both imports and exports are showing signs of recovery. If the trends continue, Spring 2010 should see an economic recovery along with better weather in Canada.

In the meanwhile, new car sales have continued its upward swing in Canada where September recorded a 1.2% increase in sales reaching a total of 128,415 units.

Even though there has been no cash for clunkers program in Canada, the new car sales have continued their upward stride since January 2009. This is a reflection of relative economic stability in Canada were the demand for consumer durables have experienced growth when the markets were sharking the globe over. 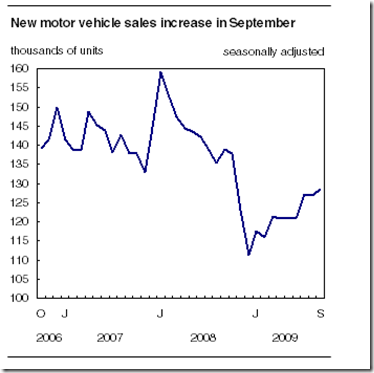