Is the worst finally over in retail for the U.S. markets?  The latest figures for retail sales suggests that sales improved in October by 1.4% after a more than expected steep decline of 2.3% in September 2009.  The spending on core retail sales, that is after excluding automobile and gasoline sales, has also seen an increase in October. 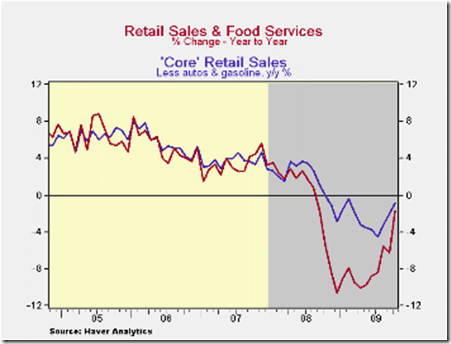 It appears that the key subsectors in retail markets including clothing and accessories, general merchandise, Electronics &Appliances, and non-store retailers, have all experienced an increase in sales in October 2009.  This certainly bodes well for the Christmas shopping season in 2009.

Posted by Murtaza Haider at 5:53 PM