The face of jobless in the US

While the U.S. president is lecturing China on human rights and wrongs, it would be prudent to first fix the disparities at his home where the haves and have-nots are divided along the racial lines. 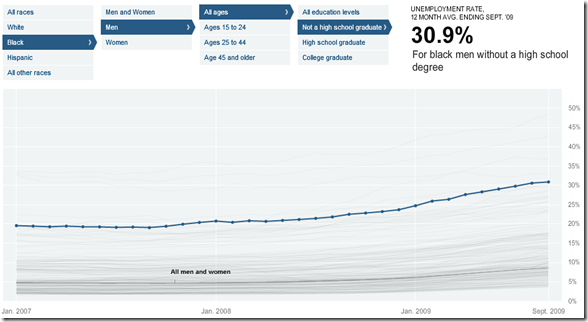 Posted by Murtaza Haider at 6:40 PM